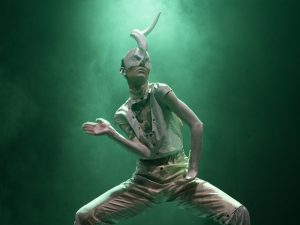 Luminosa I is a utopian ritual, a synesthetic trip to a place where the human condition is only one of many and our sense of self is ever-changing. It is a future scenario that does not worship technological achievement and monolithic thought as its master narrative but celebrates a new sense of togetherness and exchange among various species. The ability to be malleable and transformative becomes a survival strategy, a tool to evolve on a sensory level, to invent new intimacies, pleasures and frictions. 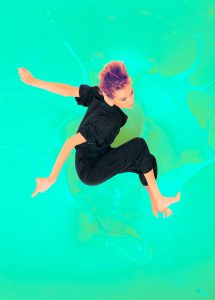 In her new production AWOL (Absent Without Leave) Malika Fankha explores the synergies between humans and natures’s mystical creatures. Elves, trolls and all kinds of hybrid forms of living might resemble the human shape yet manage to evade the notion of normativity. Due to their queer and volatile essence they challenge our thinking in stereotypes and dualities and embody the concept of identity as a malleable force. The work questions the hierarchy of corporealities in the physical, spiritual and virtual realms and advocates new ways of coexistence and kindred among species. In Awolonia, a place better than reality, residents are mercurially utopian, they keep secrets, shift shapes, change names, and appear in myriad disguises. They uncover and liberate their desires and torments, transgress boundaries, they slip into and out of dangerous and vulnerable places in an ongoing craving for connection, haunting the liminal spaces between imagined and artificially constructed borders. 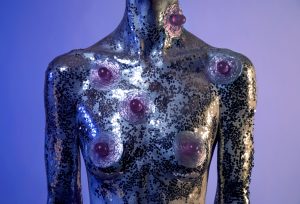 “Resistance is no longer sufficient. We need to turn things upside down, create new contradictions and illegibility.“ – Ch. Schlingensief

Oxy Moron is a play of multiple selves and their constant, seamless shape-shift between fiction and reality, magic and science, present and future. Using the modern day cyborg as a metaphorical narrative that unites both human appearance and machine-like behaviour, the work juggles with stereotypes and challenges different concepts of a perceived norm. Identities, corporealities and social status pass through a precarious transformation between self-empowerment, self-enhancement, self-optimization and self-deformation questioning the significance of the physical and the human in a digital age. 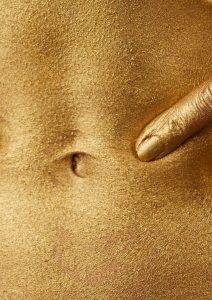 SAUNA is a meta-fictional reflection about identity, cohabitation and survival stragegies. Told from the perspective of an unborn child inside a womb it questions the reliability of narration, juggles with knowledge and facts that are largely obscure and thus suggests a new metaphorical Virtual Reality.

The obsessive personality of the prenatal storyteller is driven by an unconditional claim for self-determination  while at the same time being  tied to this other body via the umbilical cord, a symbol of pure dependence and connection. Contemplating dystopian future scenarios, witnessing the trivia of everyday conversations or indulging in excentric navel-gazing, the tale evolves around the contradictions and promiscuity that shape our lifestyle: the either radically intimate or radically superficial.

“PISSING EVERYWHERE IS NOT VERY CHANEL”, 2017

In her reenactment of SUPERAMAS’ show „superamas local“ (1999), MF deals with the material created by a straight, hetero, white male body, its thoughts and actions and works with an expanded notion of identity by blurring, transforming, twisting and ignoring predefined conditions and cultural inheritance.

The narrative evolves around a manufactured auto-fictional persona whose driving force is shapeshifting seamlessly between personal history, metaphysical theories and customized utopia of everyday life in a culture of disposability and ephemere pleasure. 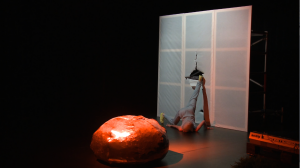 „I speak like anyone else: for clarity’s sake. Sometimes the thought demands a sentence, or a paragraph, and sometimes it calls for something else; a poem, a picture, a movement.“ – Paul Chan, artist

In a montage of polyphonic short stories and anecdotes, Fankha’s fictionalized self talks about the unbearable lightness of being a self-ironic representation of her own generation, about the awkwardness of human behaviour and the grotesque nature of the mondane. The use of acuminated imagery as a poetic means of narration, the breaking of literary templates and the satirical, comical travesty give rise to a language that juggles with effects, that explores the friction between the meaning of a word and its materiality, texture and physicality. 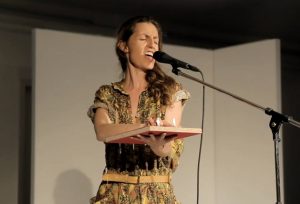 O.W.L. explores the body of the word: it highlights its plasticity and texture, reveals its musicality. Words are chosen because of their melody, their shape and the sensory reaction they evoke in both the speaker and the listener. By reconfiguring the relationship between the meaning of a word and its materiality, Fankha aims to collapse the confines of intentional speech and “pointless”, non-functional vocalization. From there appears the possibility of transformation: new words emerge with their own logic which enables a sensory rather than a conceptual understanding of reality. 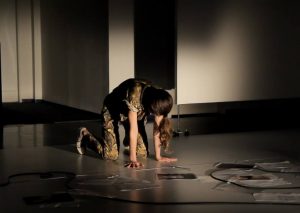 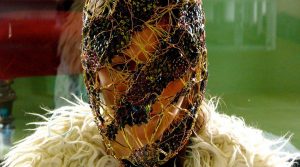 This 15 minutes long performance was part of a performance parcour  at Weltmuseum in the course of ImPulsTanz Festival 2013. It looks at ways to approach the individual’s boundaries and confines that appear unconsciously from the inside or are intentionally defined by the outside. It conflicts with either too many restrictions or too much freedom, self-inflicted or imposed on the individual by its environment. Values and principles are being dismissed, reinvented or forgotten. There is the constant desire to touch the unreachable, to discover the forbidden, the possibly precious, wannabe precious, the faked, the naked, the wishful truth, the superficial truth, the lie and to break rules to become visible and alive, to expose oneself to the utmost in a context full of restraints, to break through the pious silence of a museum. 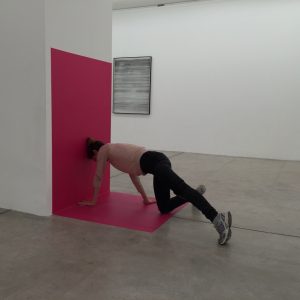 »Verortungen« is a collaboration with the photographer Laurent Ziegler. It deals with the relationship of the individual towards spatial patterns, with the localization of physical and sensual perceptions as imprints on a map, integrated into our experience of the outer landscape. The endless space of emptiness shifts by subtle ruptures, a confrontation with the living matter. Scars appear where two unequal forces collide and leave an exposed damage visible to the outside.

A selection of photographic work is accompanied by text and sound sculptures by Malika Fankha. A live performance was created for the opening and closing event of the exhibitions in Vienna and Sofia.